Last time with the Diffys, Emily died and everyone was upset, Salem came up with a plan to get out of the “organization”, and Kim and Jane aged into young adults. This time…

Maura: “Everybody get down in the living room!”

Maura: “I really can’t tell you until everyone is down here to hear it. It’s your father’s news, anyway.” 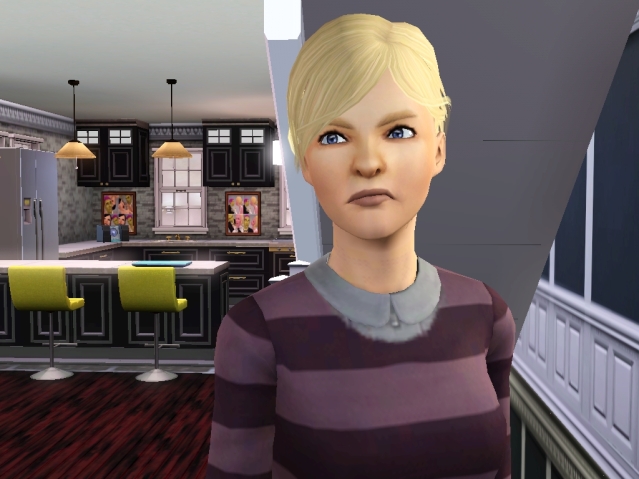 Maura: “Of course we are. What side of the bed did you wake up on?”

Jane: “I hope you’re about to announce some fantastical paradise vacation…”

Salem: “Nothing so exciting as that. I’m really not completely sure how to say this…”

Jane: “Is this about Ashley? He’s gonna let us borrow his police car, right? That would be sweet.”

Kim: “No pictures of that, please. You’ll get us into trouble, Jane.” 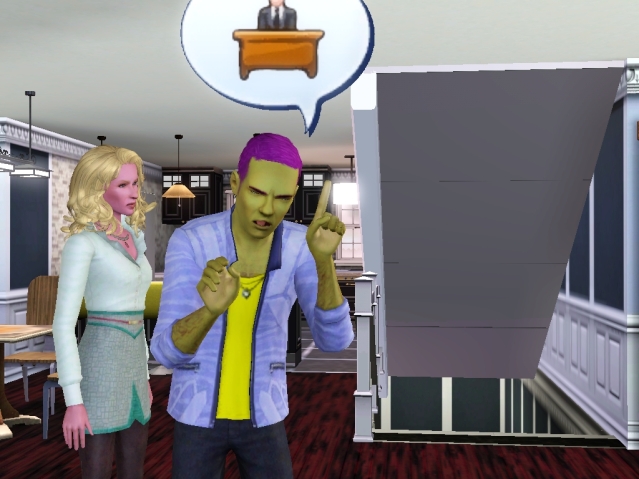 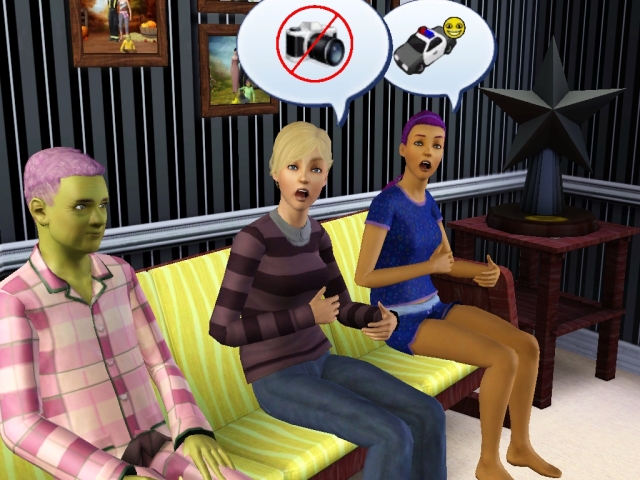 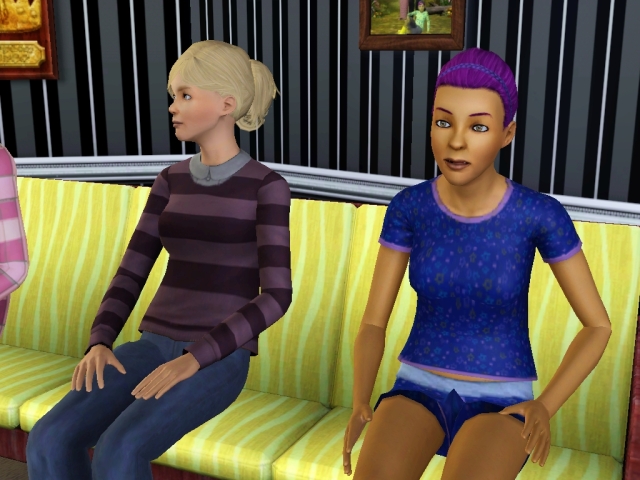 Maura: “Your father’s company went under.”

Salem: “Yes, I suppose you could say that.”

Maura: “This is why we need to talk to everyone. We need to know what you two want to do now that you are adults. Now we’re obviously not going to have as much money coming in, so we need to figure out how to deal with that.”

Jane: “Well don’t worry about that; I have no immediate plans.”

Kim: “Hmm, I wanted to get a degree in journalism, but I’m not really sure how to do so now. I could find a job myself to pay for it.”

Maura: “If you’re going to university, I want you to focus solely on that, Kim. A job would take away from your studies.”

Cinnamon Bun: “I want to help. I still get paid plenty by the fire department, and I can pick up extra jobs as the firechief.” 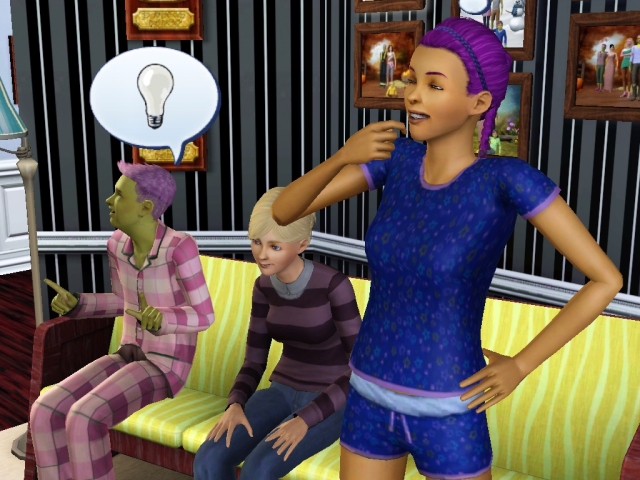 Kim: “Grandad, you don’t have to do that. You should be retiring by now.”

Cinnamon Bun: “I’m plenty capable of doing my job yet.”

Cinnamon Bun: “Look, I’m a part of this family, so don’t make me feel like I’m not. I want to help you go to university. If I can’t do that for my granddaughter, then who can I?”

Maura: “You two discuss this. My carpool is here; I have to go.”

Cinnamon Bun: “I think that you being a journalist is a great idea.”

Kim: “I think it’s important work to bring information to people. And I’ve really liked writing for the school paper.”

Cinnamon Bun: “Like I said, I think it’s a great idea. My grandmother Keely was also in journalism. She worked her way up from a papergirl.”

Kim: “Whoa, really? She didn’t even have a degree?”

Cinnamon Bun: “We lived in the Sunset Valley Hamlet back then. It was small time, but she always wanted to be a news anchor.”

Cinnamon Bun: “The town wasn’t really the right place to pursue that kind of thing. It wasn’t big enough. And she cared too much for my father to leave.”

Kim: “Hmm…being in front of a camera is not so much my thing. I’d like to stick to writing for now.”

Kim: “It seems like journalism is much stricter now. You have to have a degree and some experience before you can get in. That’s why I feel like I need to go to university.”

Cinnamon Bun: “You don’t really need to explain, Kim. It’s a wise decision, and I’m proud of you for making it.”

Salem: “So Jane, is there really nothing you might want to pursue?”

Jane: “Well, not right now. I don’t feel like I need to go to college because I don’t have anything in particular that I want to do. It would be a waste of money.” 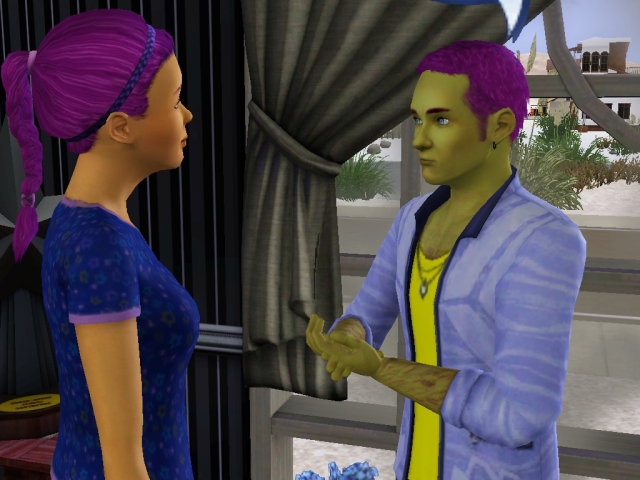 Salem: “I understand, Jane. But, as your father, I’ve got to warn you not to do just anything because you feel like you have nothing else to do. I didn’t have a plan when I was your age, not career-wise anyway. You’re a lot like me, Jane, which is why I don’t want you to do the same stupid stuff I did.”

Salem: “That said, don’t worry about it too much. You don’t have to decide your whole life in one day.”

This bucket has been sitting around for a while. Time to finally use it. 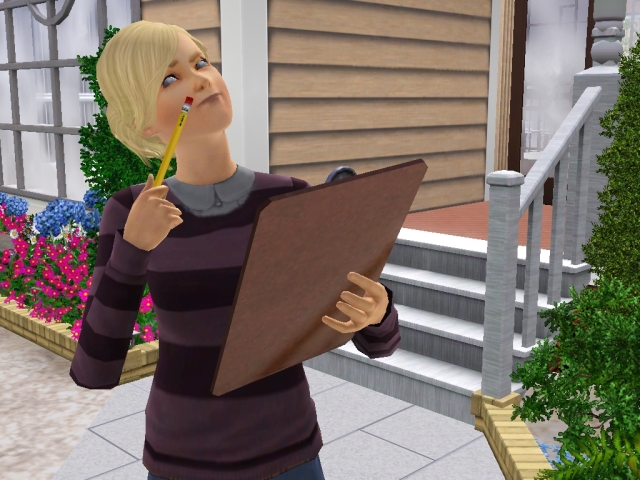 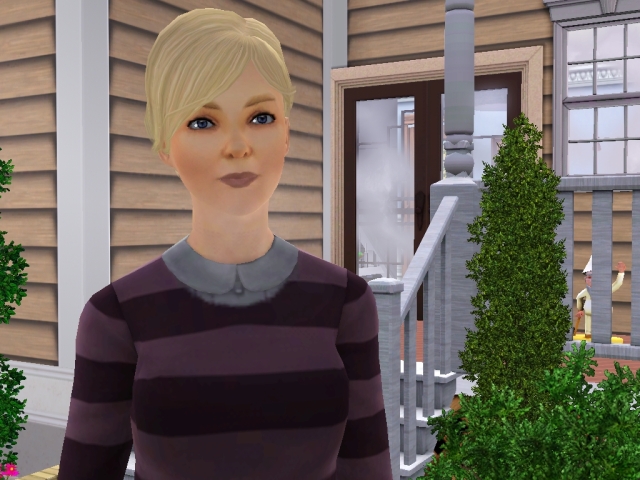 Kim: “Now I just have to wait and see if I’m accepted.” 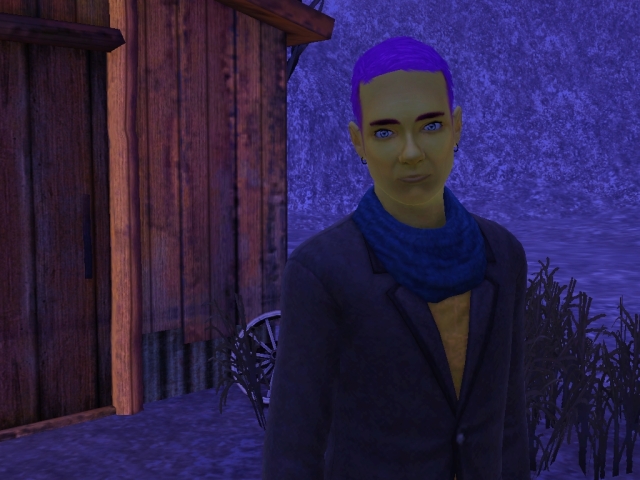 Salem is visiting this old warehouse for the last time.

Salem: “Yes, everyone agreed that we can’t carry on without Carmen. It’s too risky.”

Maura is very relieved to hear this. 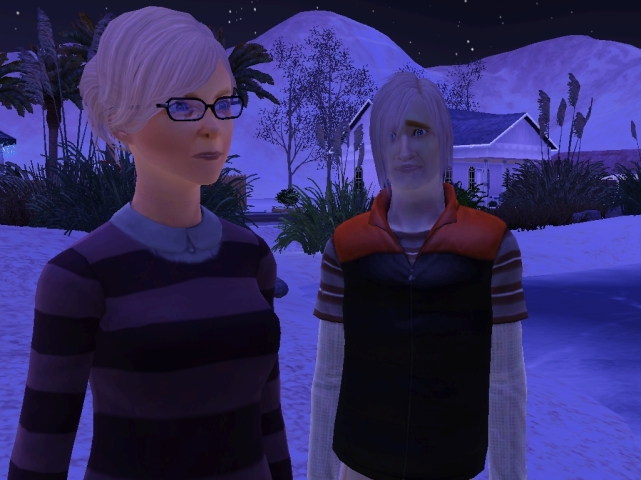 Teddy: “You Diffys are having a gift giving party, aren’t you?”

Kim: “Why does that matter? Creepy old guy…”

Enough of creepy men who just happen to be your mother’s ex-husband. Ice skating is much better.

The Diffys are, in fact, having a gift-giving party.

Aaaand well this is awkward.

Salem might not be intimidating enough while wearing pirate makeup from the winter festival.

Teddy: “I know who you are, Diffy. You better watch your back.”

Salem: “Shoo shoo, Teddy. Before I decide to take that axe down from the wall…”

This is one hardened criminal.

The next day is Kim’s departure to Sims University. Because of course they accepted her. 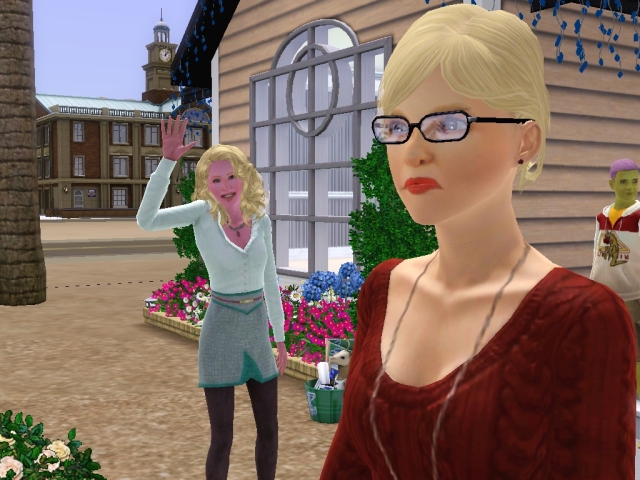 Maura: “Have fun, but study hard! Call us! Don’t get too crazy!”

Aw, you look sad to see her go, Salem.

Next time: We’ll meet up with Kim at university!