Last time with the Diffys, Cinnamon Bun and Finn had birthdays. This time… 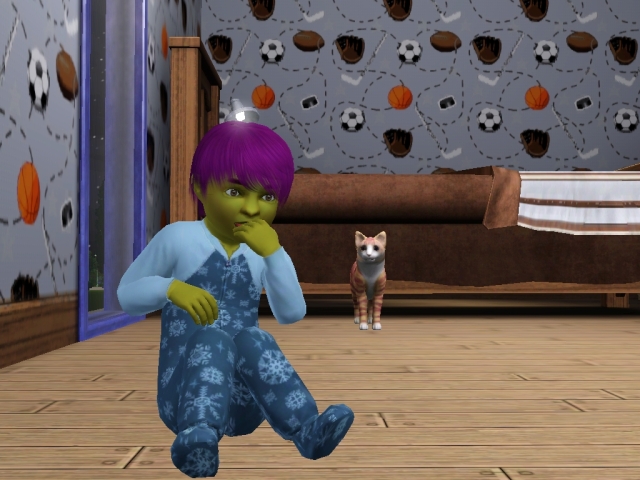 Francine: “Fine. I will deal with the slobbering baby.”

Sleep, Finn? Not yet. 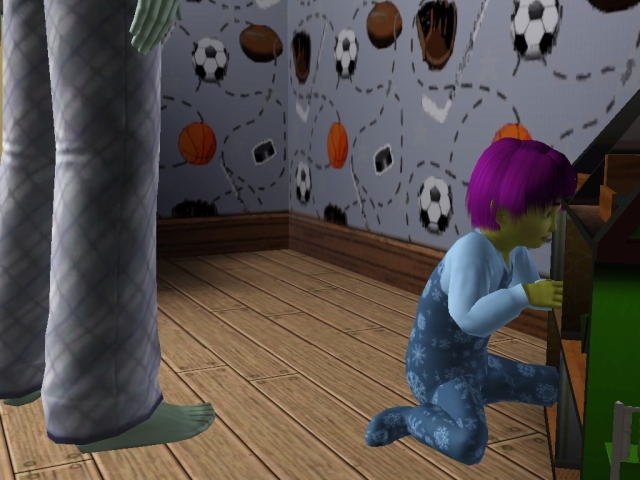 Finn: “This is gonna suck.” 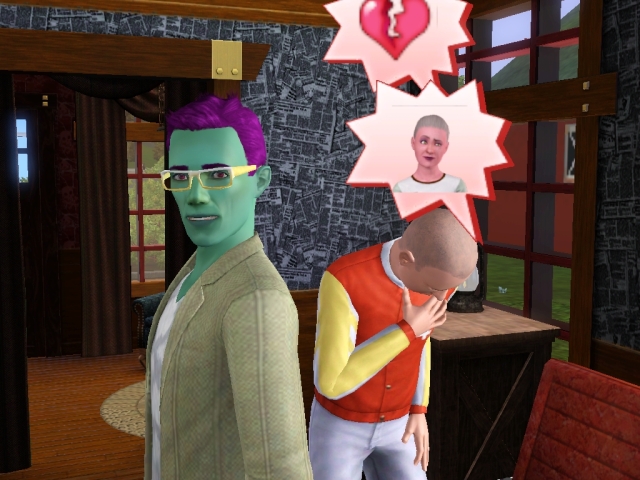 Gage Briody: “My Penny is deeeeaaaaaaddddddd…”

Alexa: “I told her and I told her…Kellie is…she was just too crazy!”

Alexa has discovered her dead family.

Keely is actually good friends with Brian Shmingle because they are coworkers, so she invited him over.

Brian: “What a nice young man.”

Arthur: “I have a bad feeling…”

I sent Finn over to finally fulfill that wish. In the rain.

Alexa: “Whoa…I am sure I know you from somewhere! Help me out, kid!”

Finn: “Uhh…you don’t know who I am?? I…I guess it doesn’t matter, then. I just thought that you would…I don’t know…” 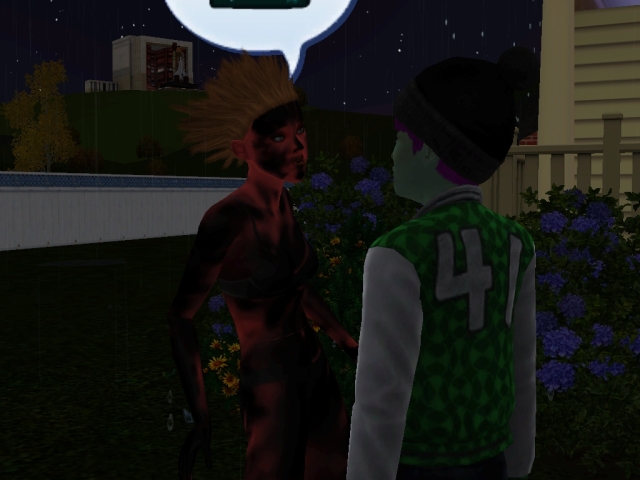 Alexa: “You look like you’re about to cry, kid! You should probably get home now.”

Keely: “Brian! I’m so glad you could make it! Why don’t you come inside?”

Brian: “I’ll be in in a minute. This rain just feels so nice.” 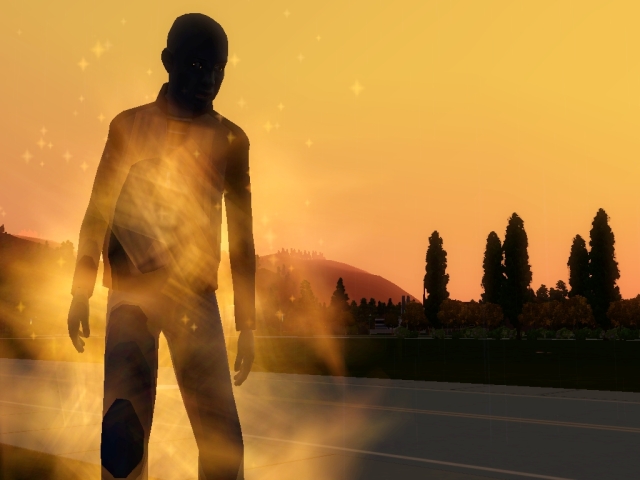 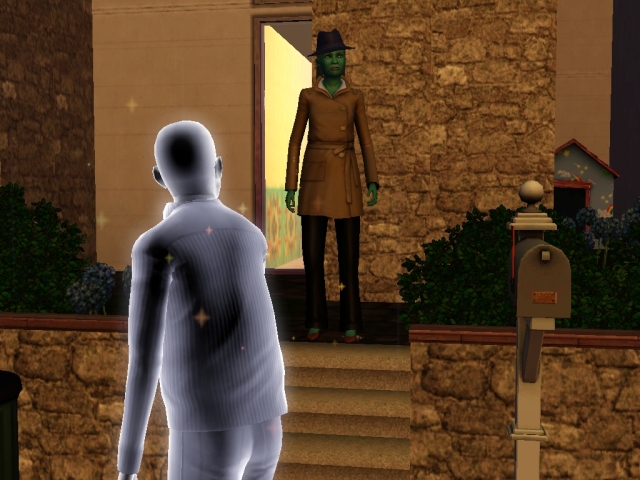 Cinnamon Bun: “Marthy? What you doin’?”

Keely: “C’mon, Bunny. I promise there aren’t any potty monsters.” 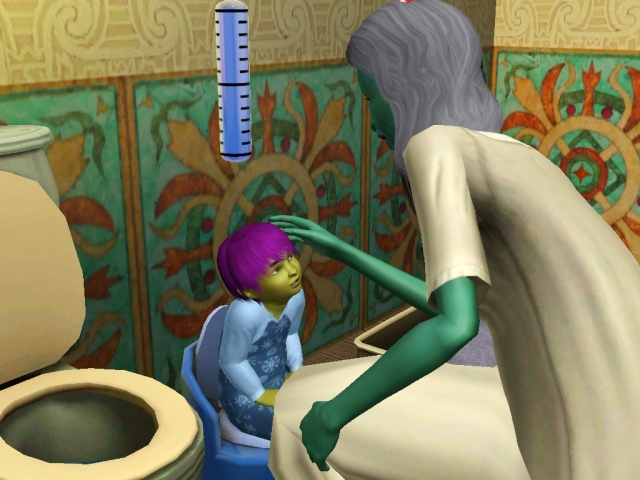 Finn: “C.B. is pretty cute when he’s not being a little brat.” 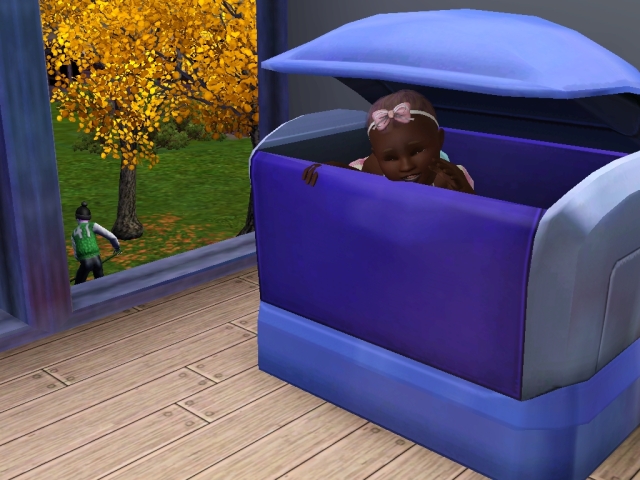 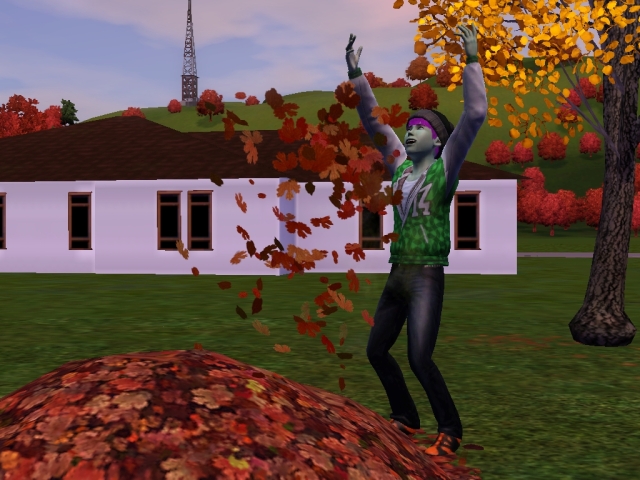 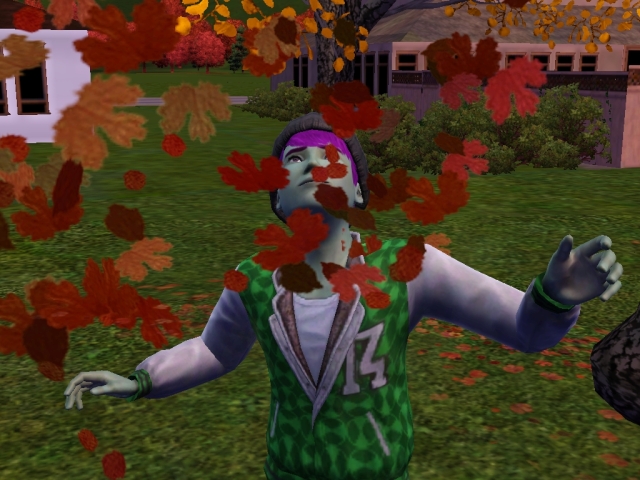 Moze is setting up for Marceline’s birthday party. I added some more activities for the back yard. 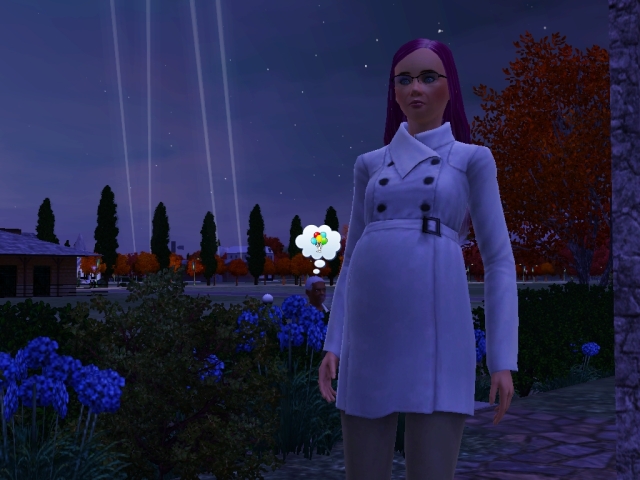 Oh yeah, I never did fix Amy Erving’s pregnancy. That can wait.  XD

Finn is too tired to celebrate. Plus he has a cold.

There was some blockage at the door. 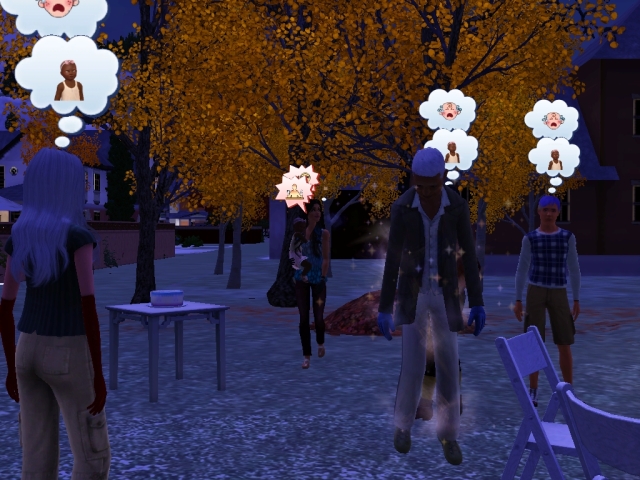 They finally made it outside.

Moze: “You have GOT to be kidding me!” 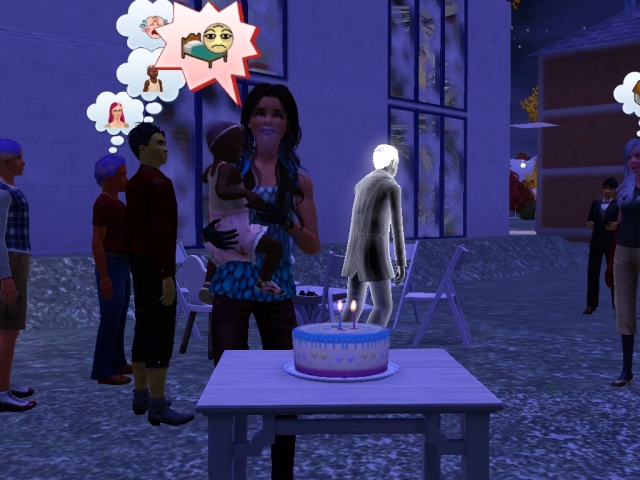 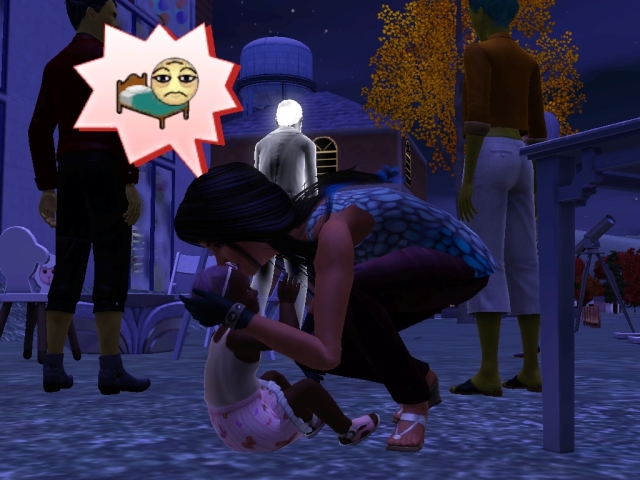 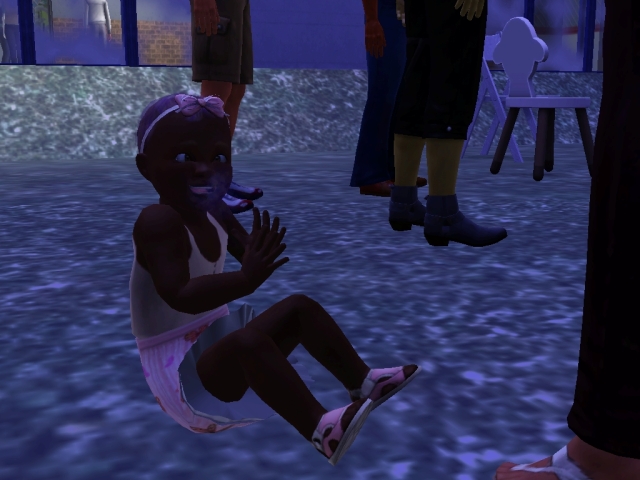 Look at that breath! Poor child.

Marceline is now a child! She also loves the outdoors. 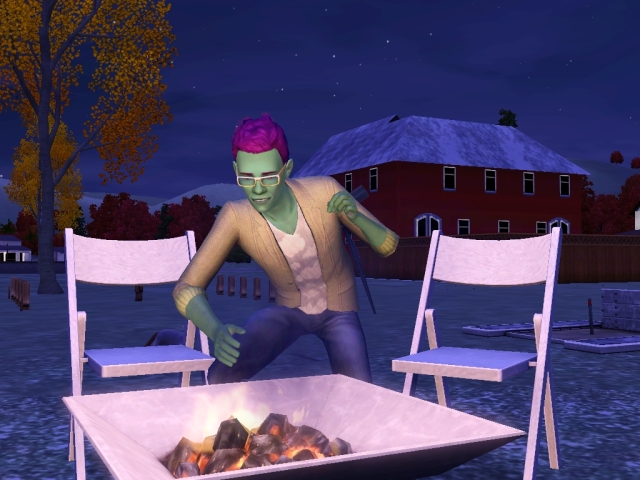 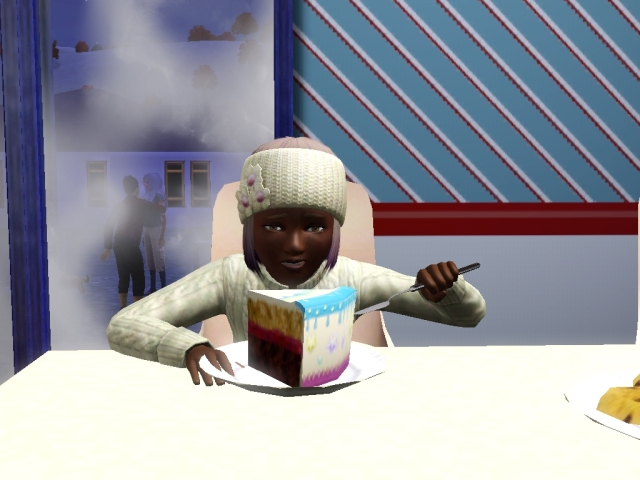 Marceline: “I suppose it was a pretty good party, all things considered. At least I got cake.”

Purple-haired guy: *sneaks to get cake* 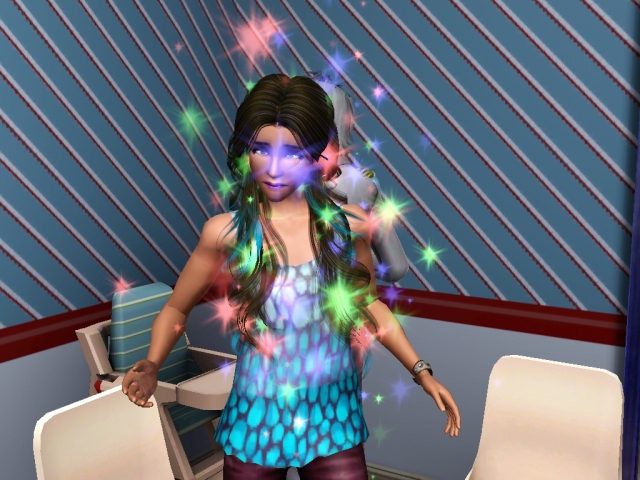 …oh. I forgot it is also Moze’s birthday! 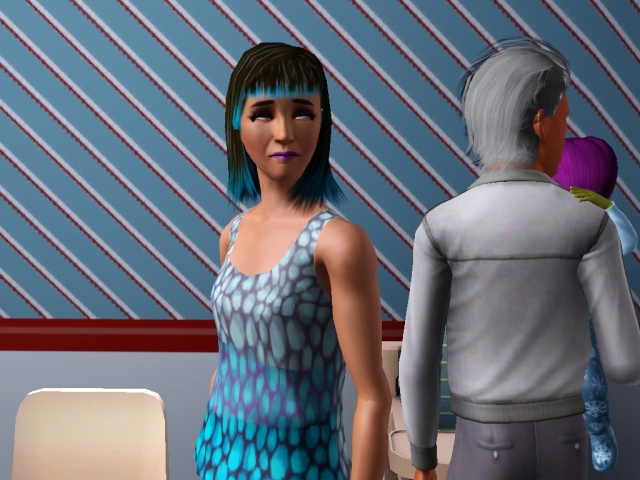 Did you grow into that hairstyle to get back at me? 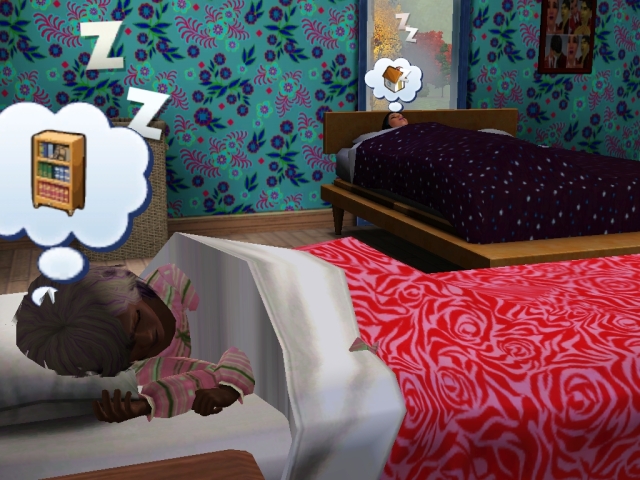 Marceline is still sharing a room with Moze for now. Goodnight my Simmies. 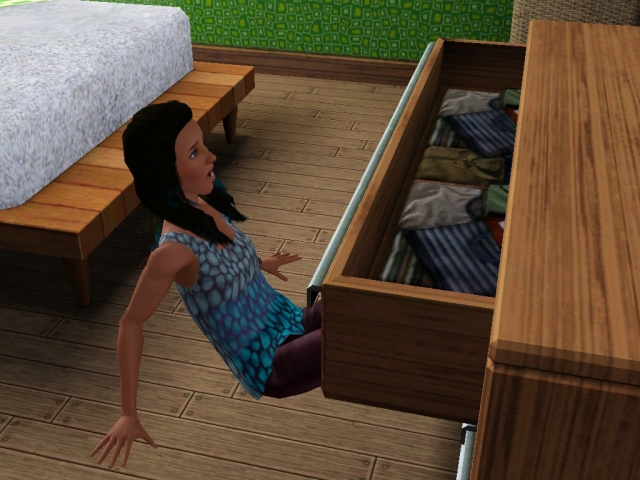 Moze fell down at the sight of Cookie’s dresser.

Moze: “Did you see the state of his polo shirts?? Very disorganized!”  :O

Anyway, here she is with a makeover.

Moze: “You don’t have school today, Marcie. What will you do with your day?”

Marceline: “Well I did want to do something outdoors…” 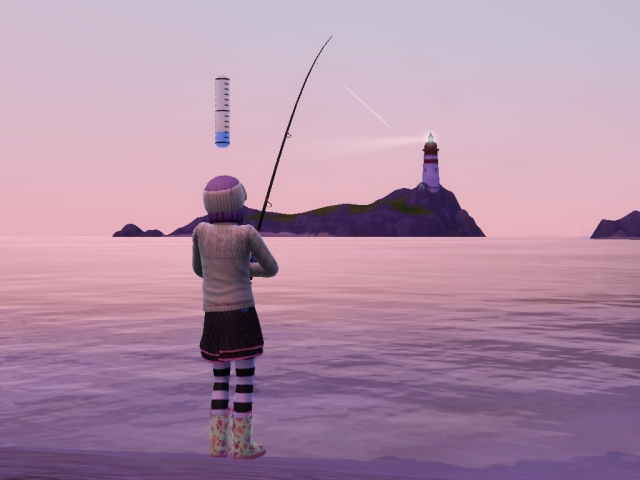 Marcie decided to go fishing. Oh, I removed my lighting mod. I’m trying to get rid of anything that I don’t need so that my game won’t be too laggy.

Marceline: “The world does look…different. I dunno.”

With the enhancements to the world settings that Seasons has added, I don’t really miss the mod.

Next time: Fall festivities bring some sadness, but also an awesome family portrait!